So I was pretty much dragged kicking and screaming into making a Facebook account in 2009, the year I left school. For a few years by this point the main social media site everybody at my school used wasn't Myspace, it was Bebo. Bebo was very similar to but was more popular than Myspace here in the UK. Unlike Myspace which just won't seem to die, Bebo no longer exists, at least not as a social network. I was pretty reluctent to joining Bebo to begin with, I didn't really like the idea of social networks at that time until I was eventually sold on the concept, but now I've turned around again and realised I had the right idea to begin with. In the time I used Bebo I wasn't a perticularly heavy user, my online interactions with my IRL friends pretty much all took place on Runescape, MSN Messenger or later on Skype. When everybody at school started talking about Facebook I wasn't remotely interested, I had pretty much abandoned my Bebo page by this point and the last thing I wanted was another social media account. However everybody at school was using it before long, fewer and fewer people were using Bebo or MSN Messenger by this point and we were approaching the end of the last year at school. It began to dawn on me that soon the only form of contact I would have with many people at school would be Facebook. Despite this fact I was still reluctant, but a close friend of mine who came to my house after school one day talked me into it and eventually wore me down. He used my computer to set up a Facebook account for me (yes, that's how reluctant I was) and added a bunch of people from school, many of which I wasn't even friends with but as he said: "everyone just adds everyone".

Fast forward to September 2017, I finally decide to delete my Facebook account. Over that time between creating my account and deleting it I'd never been a particularly heavy poster, just like the much shorter amount of time I used Bebo. However unlike Bebo, I checked my Facebook feed pretty regularly. This was because in the time between 2009 and 2017 I had developed that habbit. For a while I was checking Facebook every day, how was this enriching my life? It wasn't. In fact it was generating feelings of inadequacy, comparing myself to my old classmates, some of who seemed to be living pretty glamourous and succesful lives. Many of them started getting married, having children and really seemed to be going places, while I was stuck in a rut struggling with my mental health and my gender identity. Facebook does no favours for people struggling with their mental health, infact it exploits it and manipulates it. It and many other social media sites like it are designed to keep you hooked, to keep your eyes glued to the timeline for as long as possible. My parents still use Facebook and they're always talking about people who are clearly addicted on their timeline constantly posting meaningless shit all day.

As I mentioned when my friend created my Facebook account in 2009 he added a bunch of people from school. Many of them were still on my friend list when I finally deleted my account in 2017. However besides a few people I was genuinely friends with, I had gained more additions to my "friends" list over the years. Mostly family members, including both my parents. When this started happening, what little interest I had in ever posting anything to Facebook pretty much vanished all together since it made me a little more self-conscious about what I posted. This pretty much put me off using Facebook very heavily at all, especially since I had other sites like Twitter I could use, free of any of my family members (or anybody I knew IRL for that matter). Until I started unfollowing (but remaining friends) with many people on Facebook, the quality of stuff I was seeing on my feed was positively mind-numbing. Crusty JPEG memes, minion images, constant "unilad" posts, those edgy "I don't give a fuck if you're offended" meme images (usually accompanied by a picture of Jack Nicholson or Rick from Rick and Morty) and just overall cursed trash, usually shared from pages with "#relatable" names. Facebook actually made me like people I knew less purely based on the obnoxious shit they were posting. 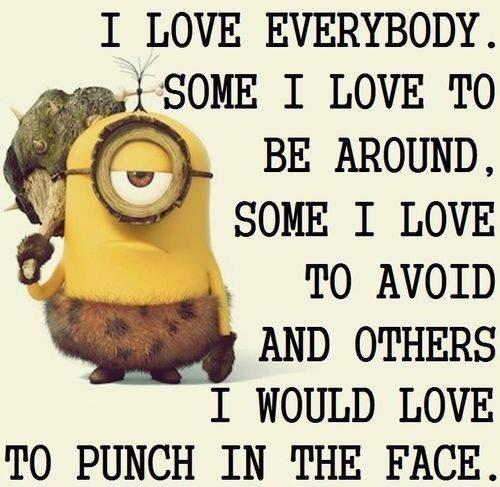 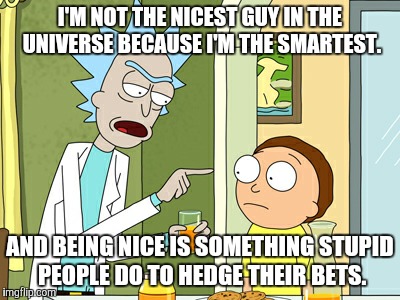 One of the first irritating things I noticed on Facebook was the constant game requests. Throughout my whole time on Facebook I never played a Facebook game once, I was never even remotely interested. I was constantly getting notifications from friends trying to get me to play FarmVille or Odd Socks, "[X] has thrown a sheep at you" and a bunch of other shit I can't even remember. My timeline was about 50% people's automatic game updates. I'd never played any of these games but they looked like the most mind-numbing shit imaginable. Throughout my whole time on Facebook the vast majority of the stuff I was seeing on my feed was stuff I wasn't remotely interested in. Facebook felt like the informational equivilent of a garbage dump or a sewer, just a place were people dump a bunch of worthless shit.

Besides the generally shitty experience of Facebook I also soon became aware of the countless privacy problems, with the recent Cambridge Analytica revelations making this more obvious a problem as ever. I'm actually not going to talk too much about the privacy issue. I think it's one of the most talked about issues with Facebook. I don't think I can really say anything about it that hasn't been said a thousand times before, I'll just say when I began to realise Facebook was terrable for privacy I began to feel the urge to get away from it.

Even though Facebook was adding nothing of value to my life and was even a detriment to it in certain respects and despite my urge to get rid of it, I didn't for the longest time. Part of the reason for this was fear of losing contact with certain people and losing out on things. For many people Facebook is the only social media they post to (at least in my experience). Facebook makes it pretty much impossible to follow or view media posted there to people who don't have an account. It doesn't implement RSS and It had E-Mail functionality for about 4 years (where you could send emails to a Facebook user using a specialised facebook.com E-mail address) before retiring it. For most Facebook profiles barely anything they've posted is visible to anyone not logged into Facebook. Viewing a Facebook page while not logged in is a nightmare because you are constantly and persistently nagged to join Facebook and again, no RSS functionality. So Facebook's walled garden approach would make it impossible to connect to or even follow those Facebook friends if I closed my account.

I realised eventually though, most of these "friends" actually were not friends at all, most of them were people from school I hadn't spoken to in years or family members I didn't really have anything to do with and just accepted their requests out of obligation. Most of the people I actually was friends with I had alternate ways of contacting and the few that I didn't I could just exchange E-mail addresses or phone numbers with anyway. My attachment and fear of losing these false "friends" was irrational. 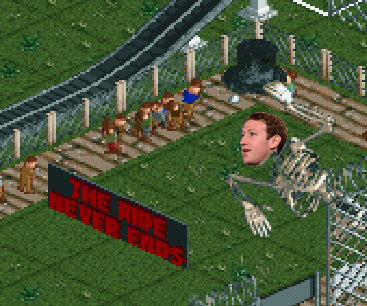 The final push for me to finally bite the bullet and get off Mr Zuckerberg's Wild Ride was actually coming out as transgender. I realised I would have to come out to many of these people and potentially worry about negative reactions when it would be much easyer to just do the thing I've wanted to do for ages anyway and delete my account. So I came out to some of my and then said goodbye to the shit site, I've never looked back.

Facebook has been around (at least publicly) since 2006, it's time it died. It's a terrable site that is rooted in violating peoples privacy and is terrable for your mental health.