So I've previously talked about Beyblades, but one of the other school playground crazes was Yu-Gi-Oh. Yu-Gi-Oh was probably one of my favourites. Unlike with Beyblades however I wasn't an early adopter. All of a sudden all the other kid's at school were playing and trading Yu-Gi-Oh cards and I was one of the only kids that didn't have any. Someone (I don't remember who) gave me four of their cards for free just so I wasn't completely left out. At least one of these (a Fireyarou) is still in my collection, recognisable due to a distinctive rip on the side (it had this when I got it). I could never use this Fireyarou in duels because the rip is also visible on the back. 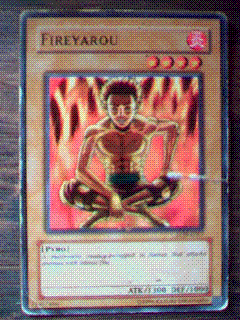 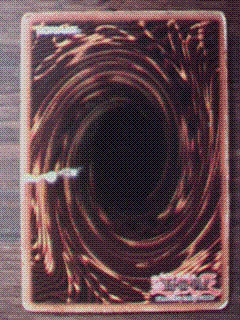 I can often tell which of the cards in my collection are ones I traded with friends in school because they're in shitty condition, since I was the only kid who actually took care of their possessions apparently. It was the same with all the toys and stuff other kids had, they were always scuffed, shitty or broken. Most of these cards looked like this when I got them, the other kids often hadn't even had them for very long and yet they always looked like they'd been through two world wars. 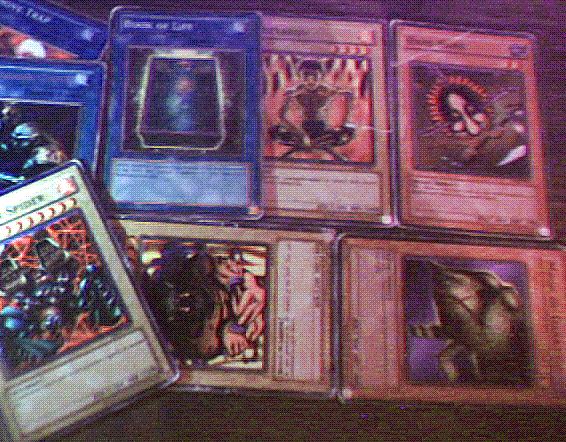 So not long after that I finally bought some cards of my own. It sticks out in my memory so much, I got a single "Legend of Blue Eyes White Dragon" booster pack, I remember being so excited. I really hoped I'd get a Blue Eyes White Dragon in the pack which obviously I didn't, but at least I had 9 more cards that weren't shitty and ripped. Still not enough cards to form a deck but it was something. It wasn't really about the duels for us anyway we just liked collecting and trading them and looking at the cool artwork. 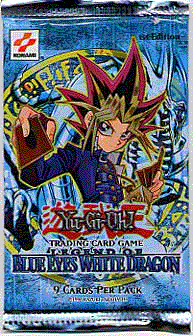 Eventually I saved enough pocket money to buy a proper structure deck, I got the Yugi deck that came with Dark Magician. Sadly I don't have my original Dark Magician anymore since I traded it away years later like a dumbass. I do have one bootleg card in my possession, an Infernal Flame Emperor instead named "Hell Flame Emperor". The kid I traded it off claimed it was from Ireland which was why it looked different. It's lacking the silver square in the bottom right corner (but has an imprint where it should be), the colour on the back is off and the imprinted lettering is visible on the back. That white mark you can see above the third star seems to be an air bubble. I never believed the bullshit story that kid gave me, I just thought it was kinda cool to have a bootleg card. 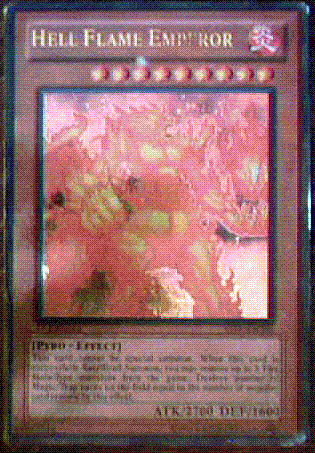 One day when I went to my friends house after school we played Yu-Gi-Oh Forbidden Memories on the PS1, I liked it so much I got the game myself. It was fun having my own virtual deck on my memory card and taking it round his house to duel every now and then. I used to go round his house often and we'd play PS1 and PS2 games together, I should make a nostalgia page talking about that sometime. 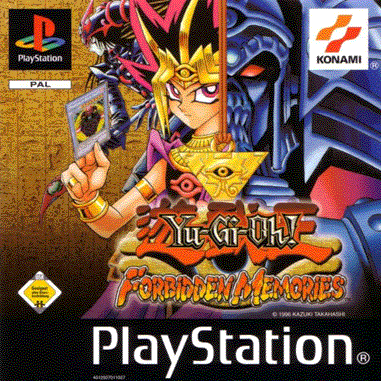 Sometime around 2005/2006 I briefly got back into Yu-Gi-Oh again, but I did get a lot more cards. For some reason I still have some old opened Cybernetic Revolution and The Lost Millennium packages. To be honest the packs themselves are part of the nostalgia for me. 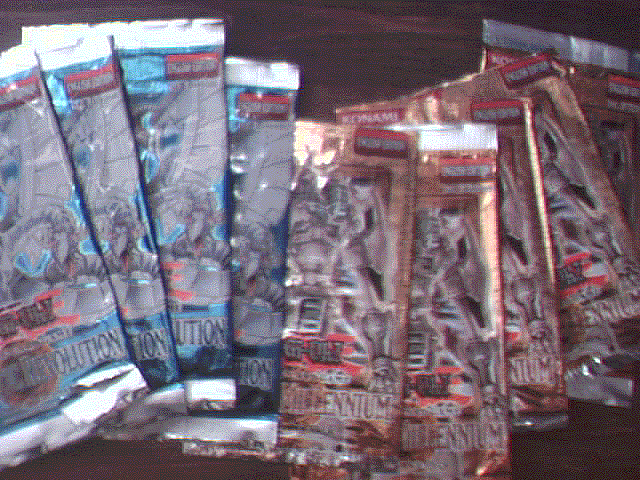 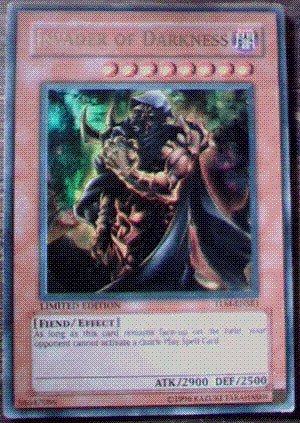 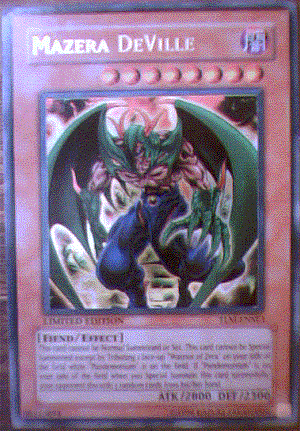 I eventually got a Blue-Eyes, sadly it uses the updated artwork though, I'd love to have one that uses the original artwork. 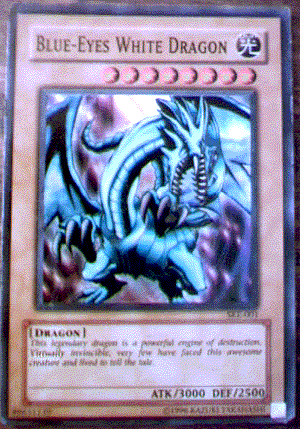 I collected a decent stack of cards over the years, I bought a few different structure decks and booster packs, but I havent bought any since the mid 00s. Maybe I'll get back into it someday, I might just buy a random booster pack just for nostalgias sake. I never got into the Anime really, I watched a few episodes here and there. Just like with Beyblades, it met the fate that all school crazes do, It was banned. Pokemon cards were popular at school much earlier on and I never really got into it, but that and Yu-Gi-Oh were the only two trading card games that I can remember that became popular at my school. 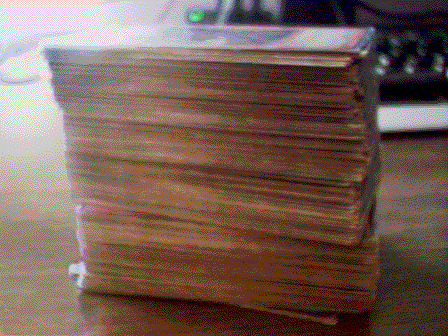