Beyblades were one of many crazes that happened when I was at primary school. My best friend at the time was one of the first two kids to bring a Beyblade to school and introduce me to them, so I was a somewhat early adopter at my school. 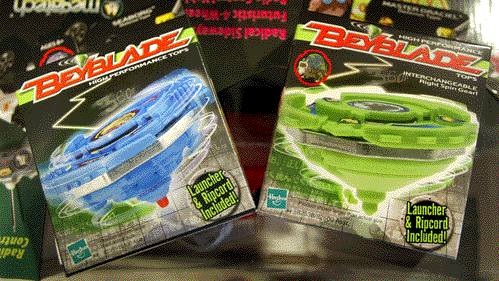 For those that aren't familar with Beyblades: they where spinning tops with inter-changable parts. You could battle with them and whoever's Beyblade was still spinning last was the winner. Pretty simple concept, but their customizable nature is what made them interesting and battles could get pretty competitive.

One of the components of a Beyblade was a "bit beast", It was a small circular disk that clipped to the top of your Beyblade, they all had a sticker of a different creature on it. From what I can recall they where supposed to be "spirits" that controlled your Beyblade to help you win. Some kids honestly believed that these spirits where real. I remember walking home from school one day and bumped into my friend's little brother who was upset that someone had stolen his favourite bit beast. He said that he and that bit beast "were a team". I don't know if the boy and his bit beast were ever re-united... it's a cruel world. 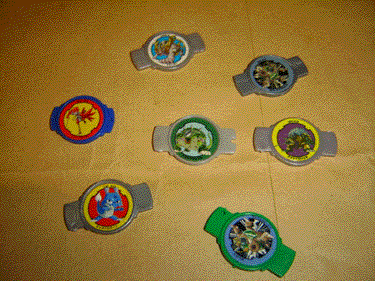 One of the most important parts of a Beyblade was the "battle ring" which sat around the top of the Beyblade. This was the main part that "attacked" other Beyblades and changed it's effectiveness depending on it's design. In 2002, Kelloggs started offering exclusive Beyblade battle ring parts in their kids cerial. Anyone who was anyone had to have one of these on their Beyblades, all the cool kids had them.

They came attached to little spinning tops that you span with your fingers (I guess so they weren't totally useless for the kids that didn't have actual Beyblades), but nobody cared about those, we just wanted the rings to pimp out our proper Beyblades with. Of course everybody had one particular ring they wanted, but it was pot luck which one you got and you would often end up with duplicates, so a lot of trading went on in the playground. So sure enough, we all started eating a lot more cerial. Kellogs must have loved us. Bet a lot of kid's parents must have been pissed off that their kid's are making them buy Kellogs cerial rather than the cheaper off-brand ones though. "No Mum I want COCO POPS not CHOCO CRISPIES I need the Beybladez!!!". They were a lot cheaper and simplistic looking than the ones that came with Beyblades, which had stickers and moving parts in some cases, but I'm pretty sure the Kellogs ones did actually perform better in most of the battles I saw. I just wanted them because I thought they looked cooler. 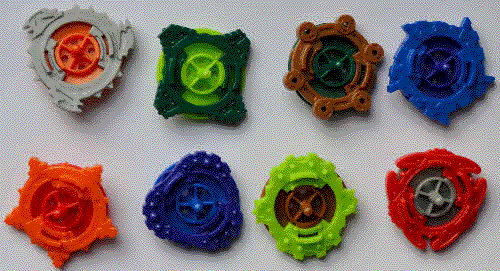 One component of a Beyblade was the launcher, this was what got the Beyblade spinning. You had the basic one's that usually came with your Beyblade... 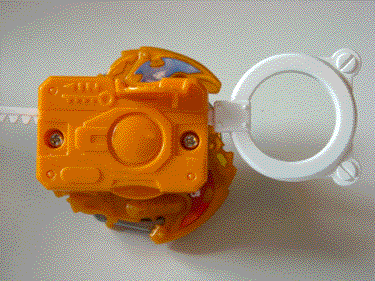 ...but if you were real hot shit? You had one of these elaborate ones with a bigass handle attachment. These things were pretty expensive and what advantage they really gave was questionable. Very few kids at my school had them. Part of the official "rules" of Beyblade battles was that each player had to say "let it rip!" as they launched their Beyblades at the start of each battle. We tended not to though, even as 8-9 year olds we found that kinda cringy. 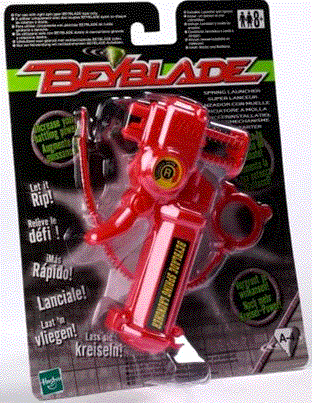 Then there was the rip cord, this was the cord you inserted into the launcher to then pull out to spin launch the Beyblade. Most Beyblades came with a standard rip cord with a ring handle, but there was also the "Dragon" rip cord that looked kEwLeR and had a longer cord which made your Beyblade spin... better... or something. If I'm remembering correctly the handle was kinda flimsy and would often end up breaking. Although that might have just been the shitty knock-off one that I had. 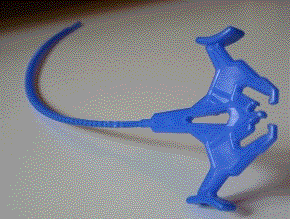 One thing some kids had was one of the battle stadiums. Since nobody could really bring these into school we never ended up playing on these too often, except occasionally when we went to a friends house. I never even had one of these. 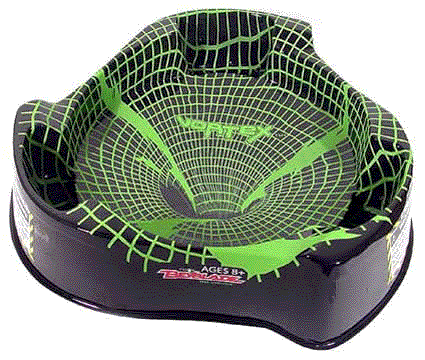 Since most Beyblade battles took place in the school playground we usually did battle on something like this... 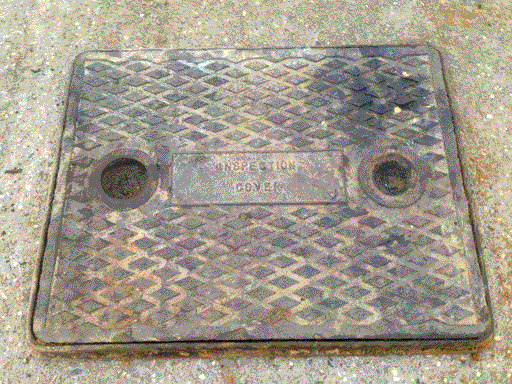 Sadly, like most trends that took place at my school, it ended in Beyblades getting banned from school because some kid stole or scammed another kid out of their Beyblade or parts or something. As with other trends, the novelty had worn off by this point anyway and we eventually moved on to YU-GI-OH or whatever the next craze ended up being. Oh I should probably mention the fact that there was a Beyblade anime series tie-in which I never watched. While searching for images for this page online I've become aware that Beyblade is still a thing but appears to have had a reboot at some point and is now completely different and looks like it's incompatible with the old stuff... 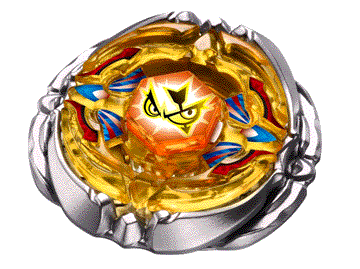